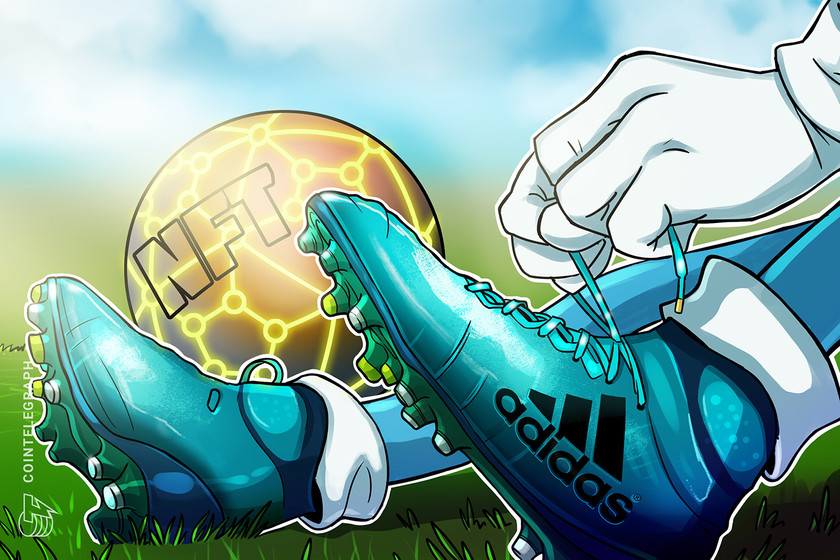 Adidas Originals have announced the upcoming launch of their nonfungible token (NFT) collection titled Into the Metaverse.

Although details on the supply are sparse at this time, it has been revealed that the digital asset will serve as an access token, promising holders’ exclusive access to future merchandise, physical and digital product and services, rewards within the newly attained land plot in The Sandbox, and more.

The collection’s sale will commence via the company’s official website on Dec. 17 at a price of 0.2 ETH, equivalent to approximately $810 at the time of writing.

Cointelegraph spoke to NFT influencer GMoney to discuss his expectations for Adidas’ emergence into the NFT market:

“They have been very thoughtful and deliberate on their entrance into the space. I think they will help empower communities and creators by building together.”

On Dec. 2, Adidas Originals announced their foray into the metaverse with partnerships with Bored Ape Yacht Club, GMoney, and PUNKS Comic, stating that digital worlds that constitute the metaverse will be a place “where anyone can express their most original ideas and be their most authentic selves.”

Alongside this, it was revealed that Adidas purchased Ape #8774 — a blue-furred, heart-bespectacled ape with a fisherman’s hat and gold hoop earning — on Sept 17th for 46ETH, a little over $150,000 at the time.

Upon the announcement, the ape was displayed in an Adidas tracksuit sporting the logos of the three respective partners, as well as a side-ways Adidas logo.

Related: NFT sales aim for a $17.7B record in 2021: Cointelegraph Research

GMoney spoke about his role in supporting the brands entrance into the space in a culturally-conscious way, stating:

“I have been speaking to them since April, helping to guide them in their strategy, offering feedback on ideas, to make sure that they enter the space in a truly authentic manner. And I think we’re seeing that play out now, as Adidas has had the most authentic entry into the space so far.”

Over the last few months, a number of established corporations, celebrities and cultural influencers have declared their intentions to develop or participate within the NFT and metaverse space as the opportunities of the Web3 become evident.

On Dec. 14, fellow sportswear brand and direct competitor Nike unveiled their presence in the metaverse space with the acquisition of virtual sneaker brand RTKFT. The undisclosed purchase succeeded RTFKT’s highly-successful CloneX avatar drop, an NFT project Cointelegraph discussed in-depth with one of the co-founders, Chris Le in early October this year.

The Dow Jones Industrial Average, an index of blue chip companies, was heading for its worst day since 2020 on Wednesday as investors panicked once more over rocketing...

Rishi Sunak has said the government's response to the cost of living crisis will "evolve" as the situation does - but failed to outline any immediate action.

"We’re not trying to grow really significantly, but resources to grow at least six percent to grow our enforcement

More than 5,505 Ether of the Ronin Bridge exploitation seems to be transferred through Tornado Cash, a unique privacy crypto exchange Blockchain data showed that the address associated...

With indications of inflation appearing on the horizon, how can bitcoin serve as a safeguard against the